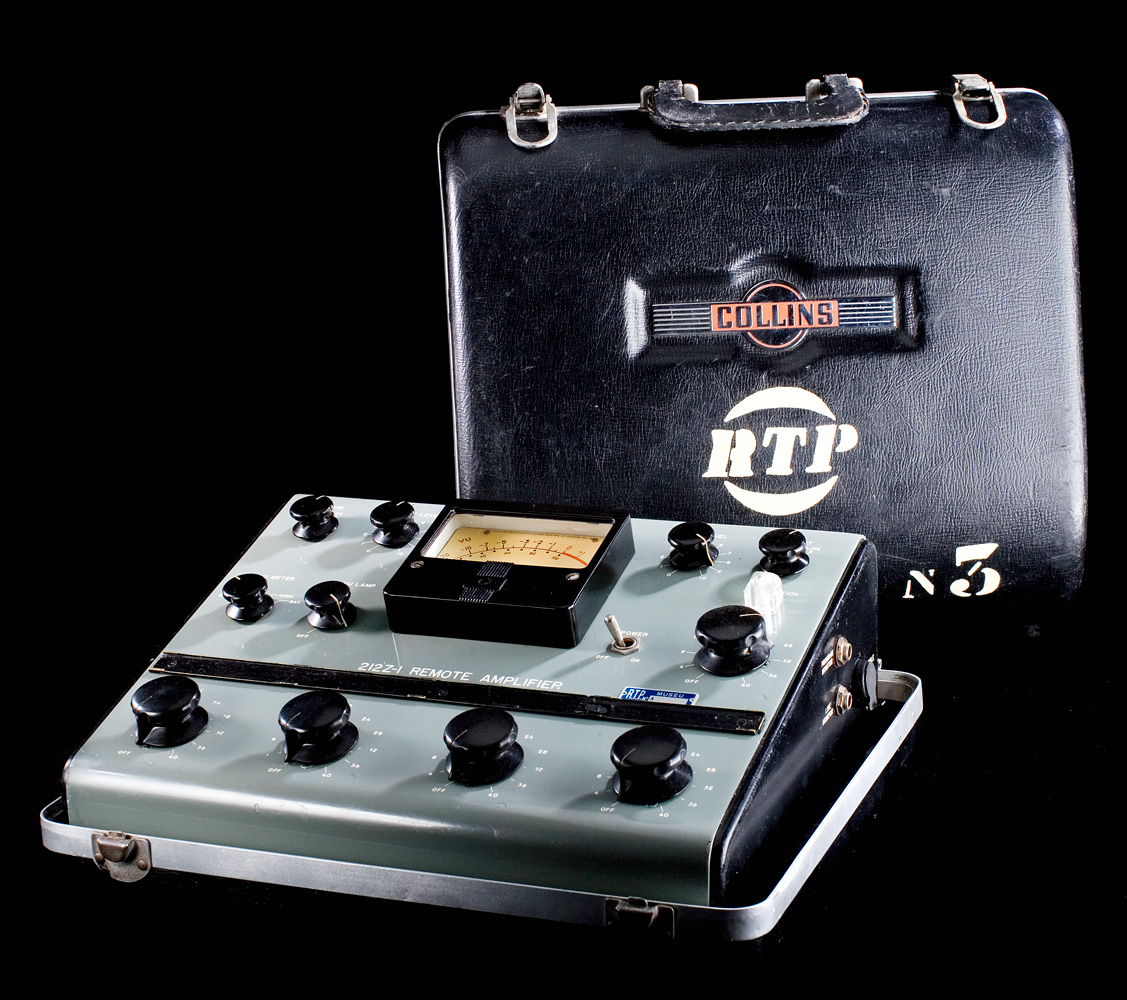 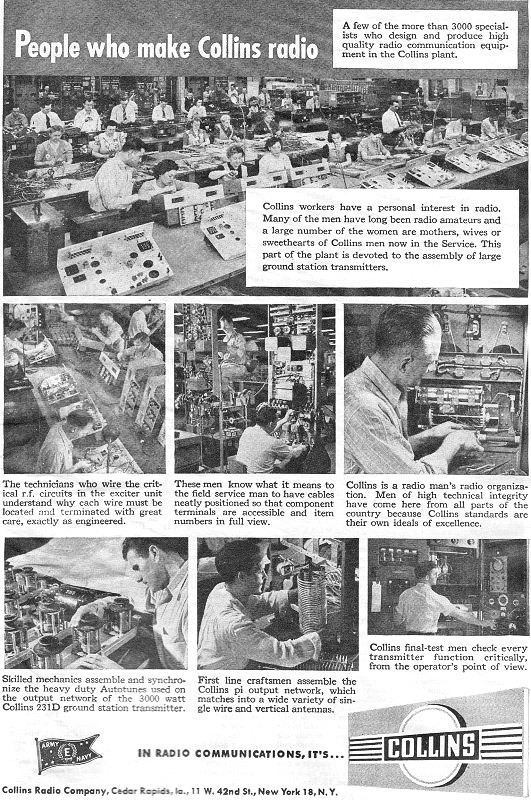 It worked with 4 microphones of impedance from 30 to 60 ohms. The output circuit corresponds to a 60 ohms line.

The 212Z1 has a power supply of 15 uninterruptible batteries, which automatically activates, in situations of AC power failure, supplementary batteries.

The 212Z1 mixer/amplifier is enclosed in a case and has a weather-resistant black and bluish-grey metallic finish.

During World War II, Radio Collins stands out as a technology company and its military, space and commercial telecommunications radio communication equipment, recognized for its quality.

It is distinguished by its excellent design and manufacturing of amateur and commercial transmitters and receivers.

Collins Radio will pioneer the production of radios for aircraft and the fusion of computer and communication technology.).