In 2017, the RTP/Azores Museum Center was inaugurated

Inaugurated on December 4, 2017, the RTP/Azores Museum Nucleus invokes the past with a language of the future. The story of a radio born in the 2nd World War and of a television resulting from the April revolution and pillar of Regional Autonomy, can and should be (re)visited through an interesting collection and various interactive platforms that culminate in an overwhelming virtual reality experience.


AZORES RADIO
With the Second World War dominating attention in Europe, Public Radio appeared in the Azores on the 28th of May 1941, with the installation of the Emissora Regional dos Açores of the Emissora ​​Nacional. Deeply controlled by the Estado Novo regime, there was an abundance of reports on the political regime, which were accompanied by a record of the main events that took place on the islands, along with a playful program with a strong cultural component.
From the 25th of April, Portuguese Democracy was registered by the voices of Rádio Açoriana, who gave particular emphasis to Constitutional Autonomy born in 1976. With the end of dictatorial censorship, Rádio Açoriana was renewed, along with its counterparts based in mainland Portugal, but continued to
ensure the congregation of the archipelago, with an inclusive production of insular geography and publicising the specificity of each of the nine islands.
The current challenges intersect with the speed of technologies and competition from other communication tools. However, between news and entertainment programs, Public Radio in the Azores will continue to encourage bidirectional communication, celebrating the dialogue between those who make Radio and those who listen to it. For this reason, Rádio nos Açores will always be Rádio dos Açores and for all Azoreans.


AZORES TELEVISION
Azorean Television is the result of the Democracy of Portugal born in 1974. In the middle of the "Hot Summer", RTP-Açores comes to light on August 10, 1975. This first broadcast had an exceptional duration of 6 hours, since during the period of the experimental broadcasts, which lasted two months, television
emitted about 3 hours a day. In 1980, the Regional Center of the Azores of Rádio Televisão Portuguesa is created, which strengthens it as one of the pillars of the Azores. Since then, regional production has become more dense, highlighting the fictional programming, particularly fertile in the 1980s and of 1990.
The technical strengthening of RTP-Azores and the creation of its delegations in Faial and Terceira, together with a network of correspondents in the other islands, allowed island television to follow the multiple events that took place in the Azores. In this way, the insular development, interspersed with some tragedies, was always registered in the television images, allowing the nine hearts to flutter in simultaneous in the joys and sorrows that run through the islands. But we must also highlight the role of RTP in the link between the Azores and the Diaspora. Thus, a dense network is woven that brings the two sides of the Atlantic together. For this reason, Television in the Azores will always be the Television of the Azores and of all Azores. 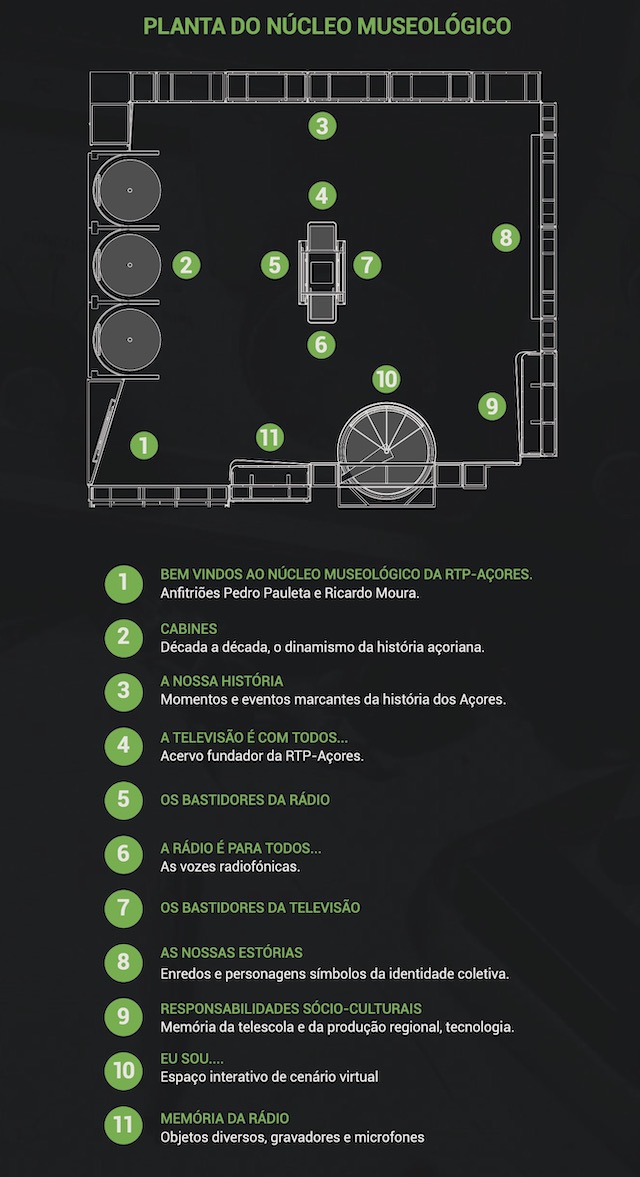 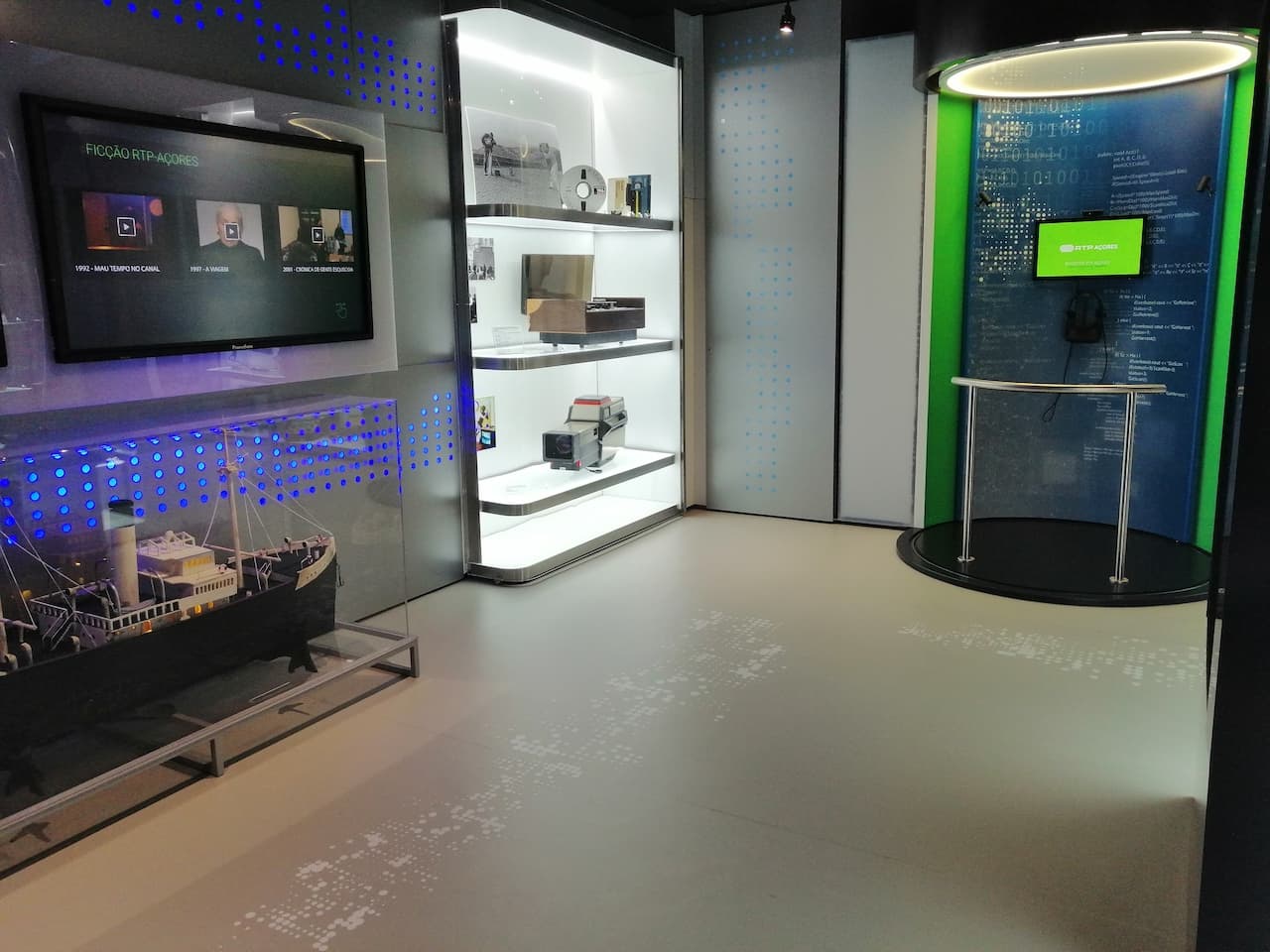 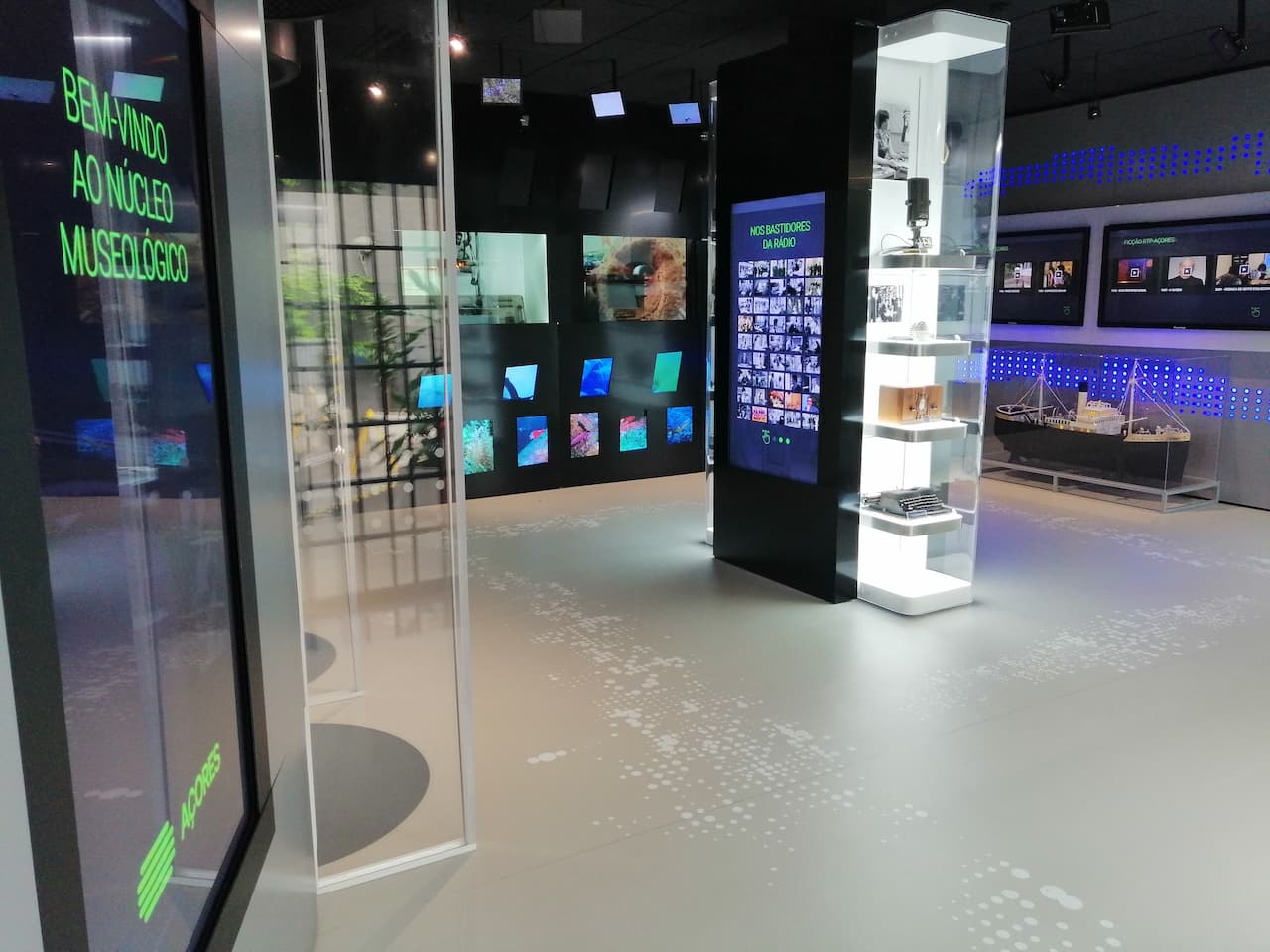 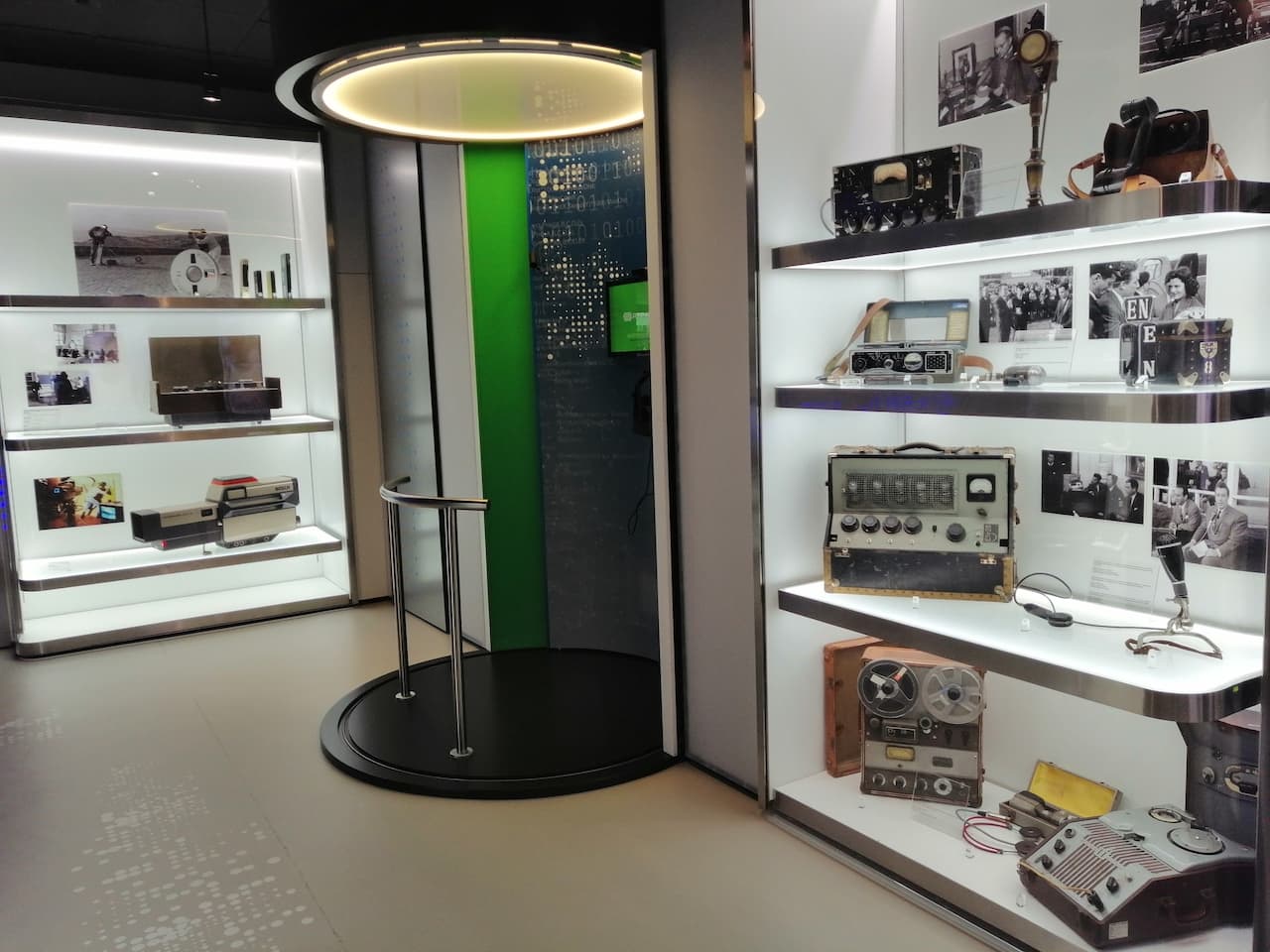 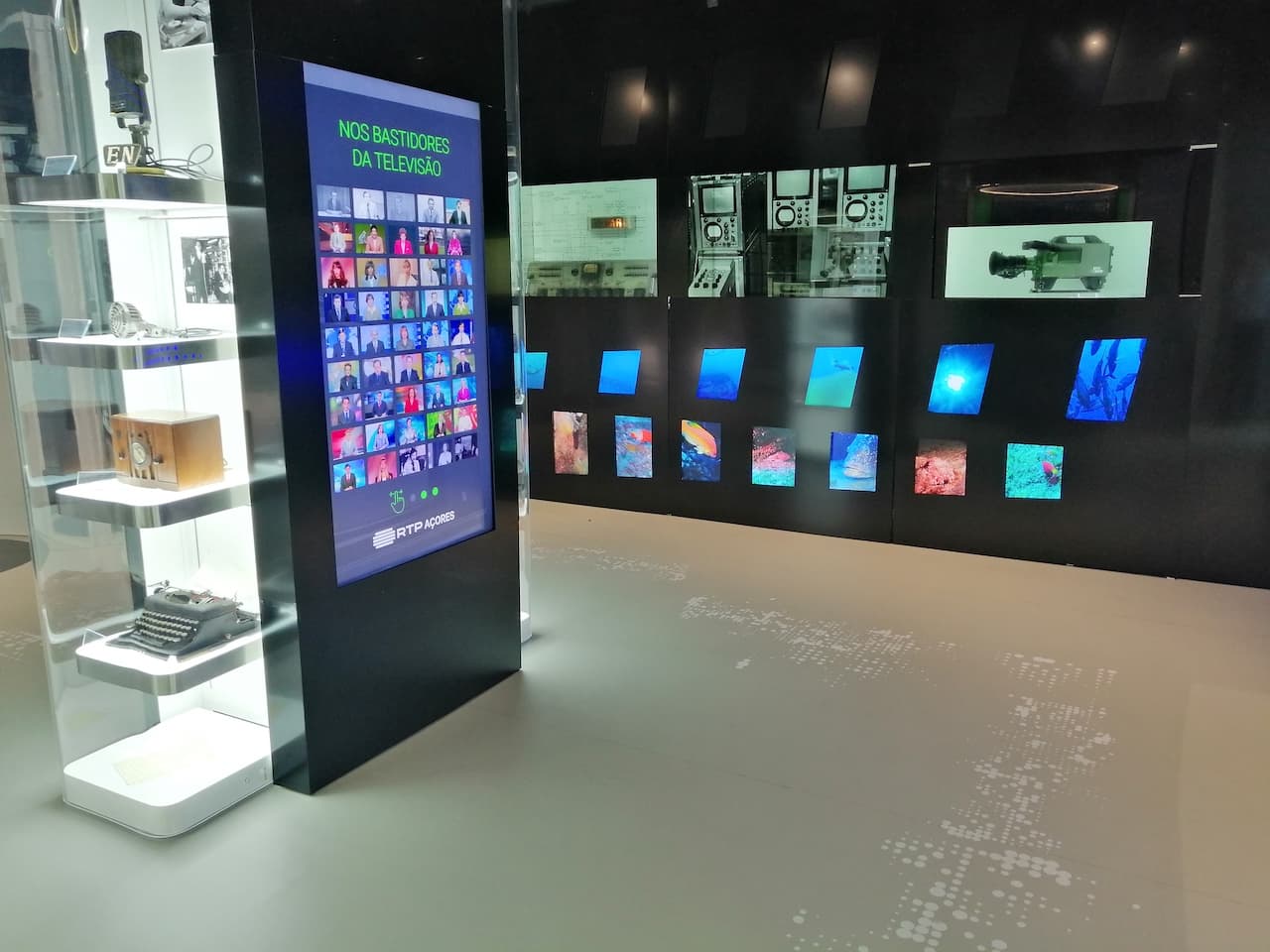 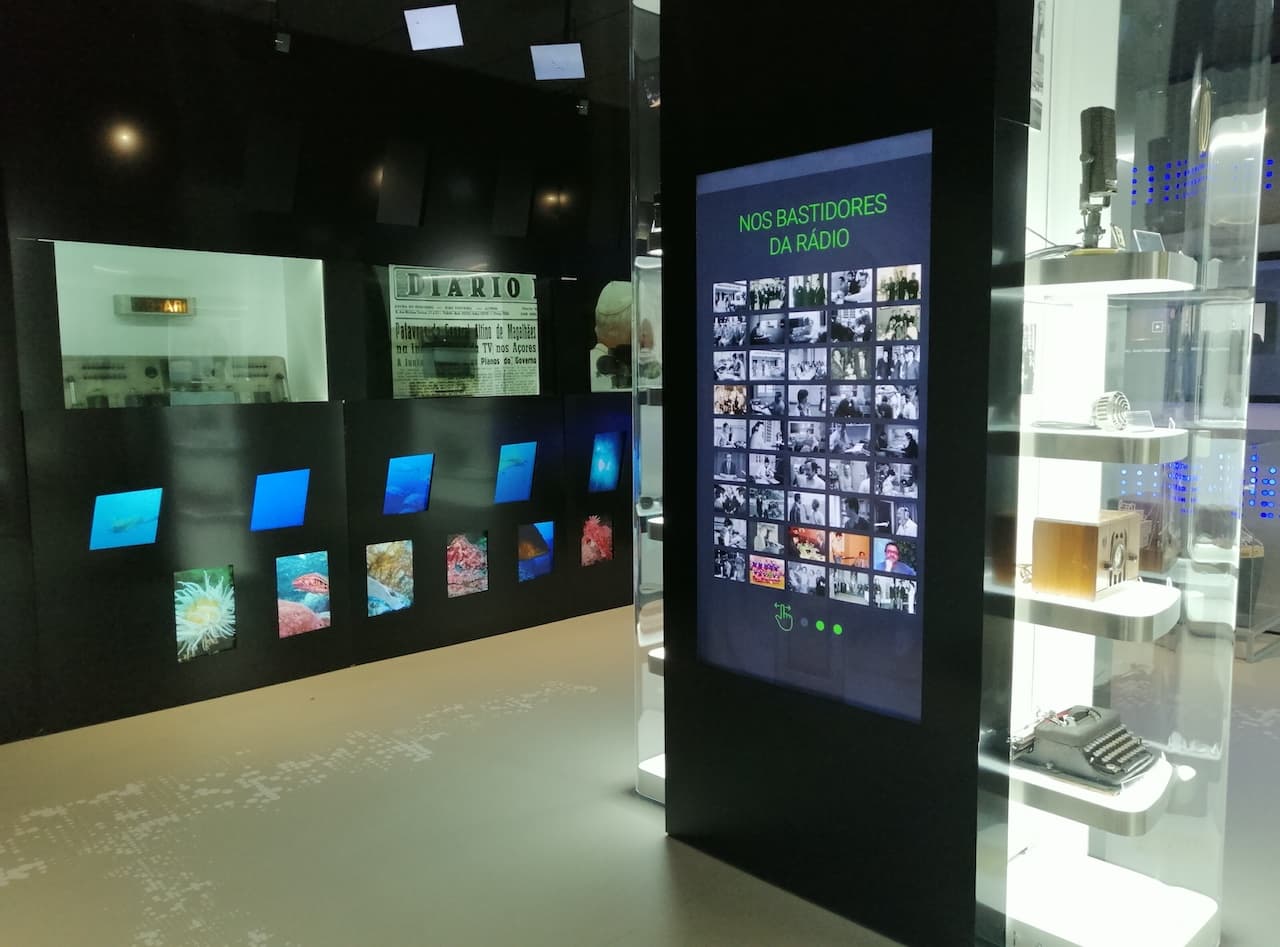