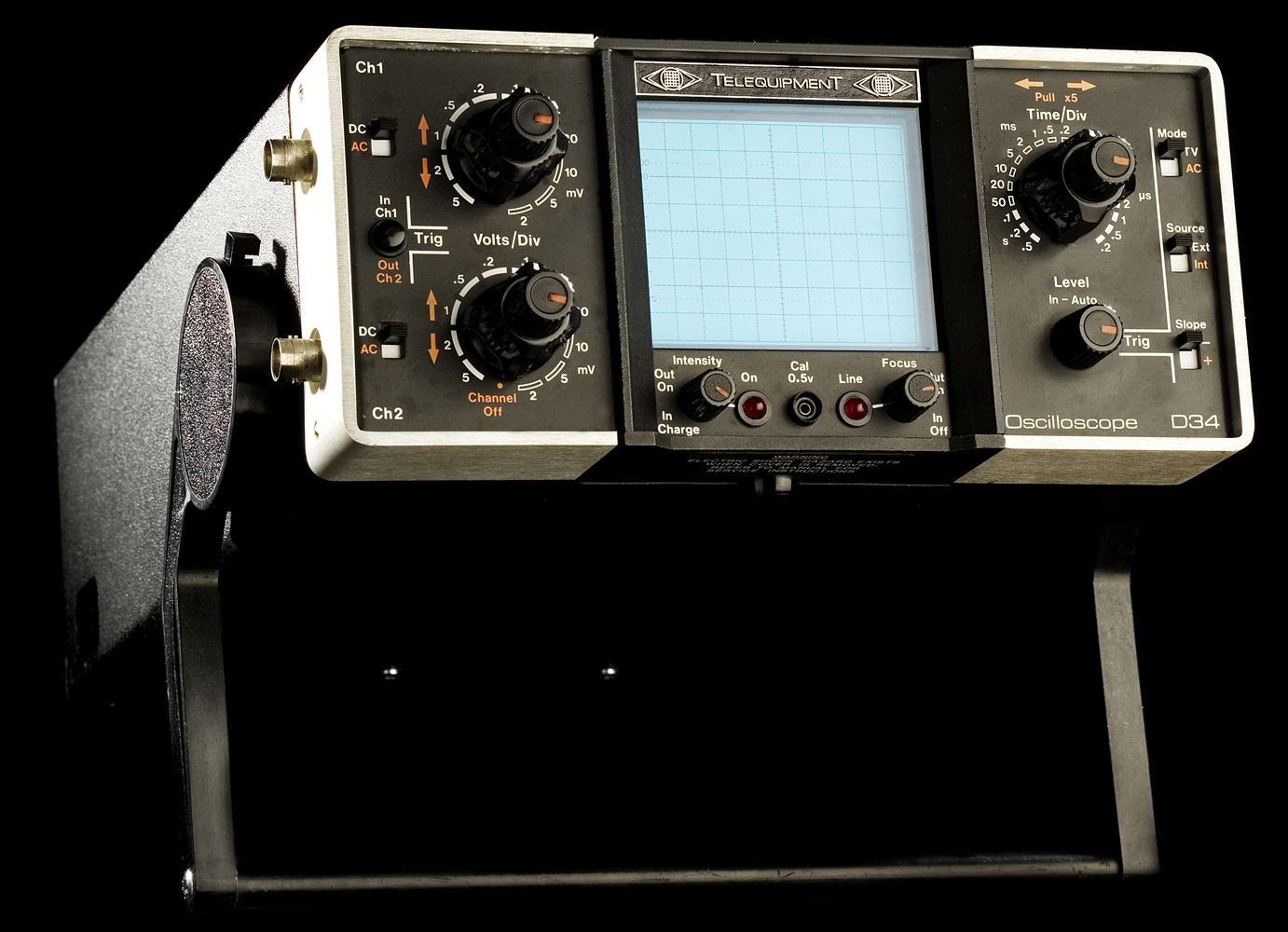 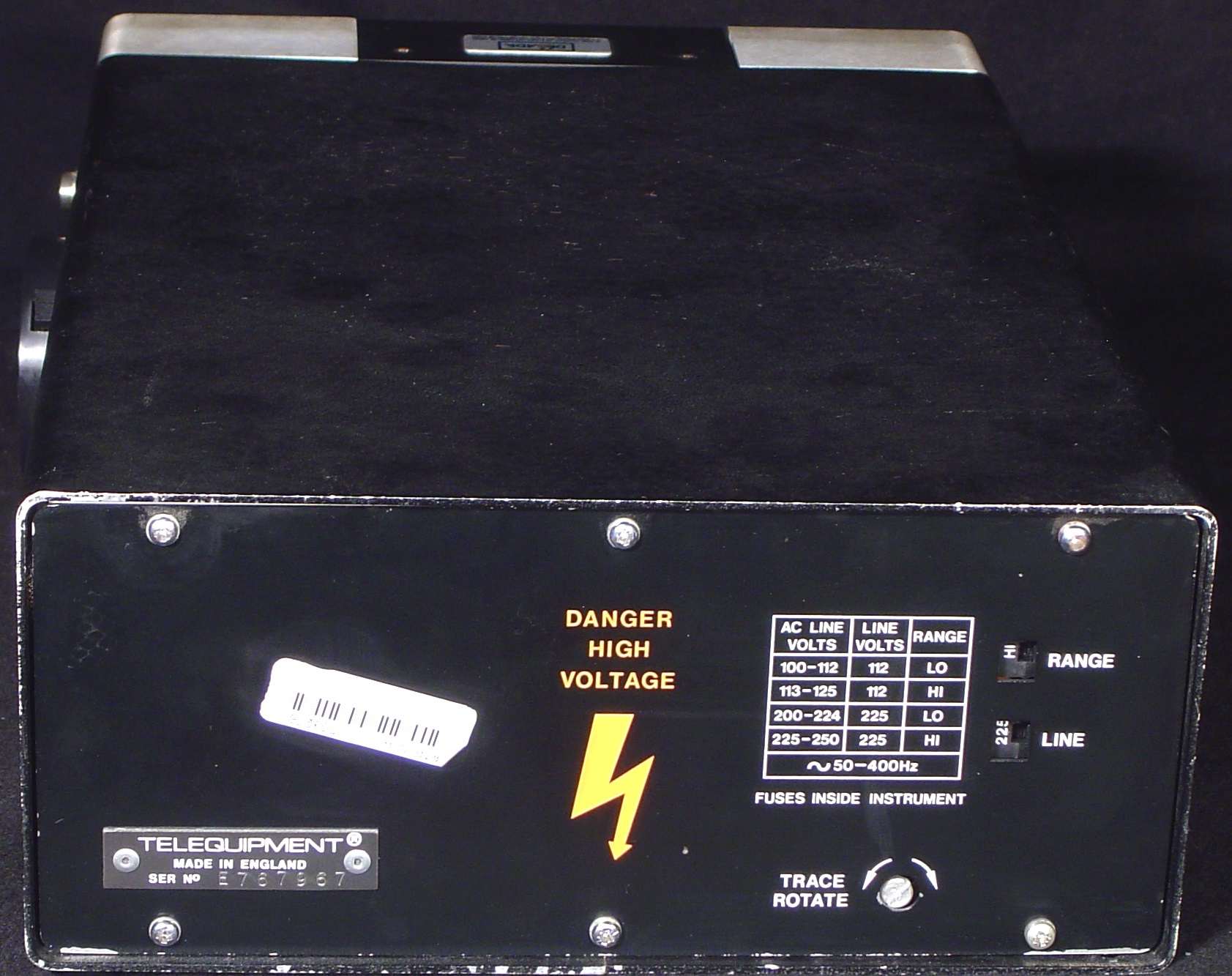 Telequipment D34 1977 - Osciloscope Electronic equipment that allows you to analyze and graphically display voltage signals over a certain period of time.

The Telequipment D34 is a portable, transistorized (72 transistors) oscilloscope.
CTR Monitor: C3350
Power supply / Batteries: 110 - 240; 6 x 1.5 Volt
Frequency: 50 - 400Hz
Dual channel oscilloscope, 15MHz bandwidth.
It has 2 vertical amplifiers with a common signal delay and both channels can be displayed in either alternate or chop mode. Channel 1 can be displayed separately.


In 1888 the Compagnie des Lampes was founded and dedicated to the production of incandescent lamps.
In 1914 it produced the second high vacuum valves (triodes) in France under the name TM Métal ("Télégraphie Militaire").